When Friday rolls around in the Trend Trader Daily Nation, you know the drill:

We roll out the charts!

After all, a picture is said to be worth a thousand words — and there’s no easier way to say a lot without saying anything at all than sharing several compelling pictures related to the timeliest investment trends.

This week, I’m dishing on taxes, chips, and the space race. So let’s get to it…

It’s a fundamental law of economics: money flows to where it’s treated best.

With that in mind, news this week that G7 finance ministers reached a deal on a flat, minimum corporate tax rate of 15% promises to level the playing field. This could also put an end to tax evasion strategies like making foreign acquisitions to relocate headquarters to more tax-advantaged countries.

To help put the potential of a flat global tax rate into perspective, check out the spread of existing corporate income-tax rates for select countries. (If it happens, the luck of the Irish should spread across the world.) 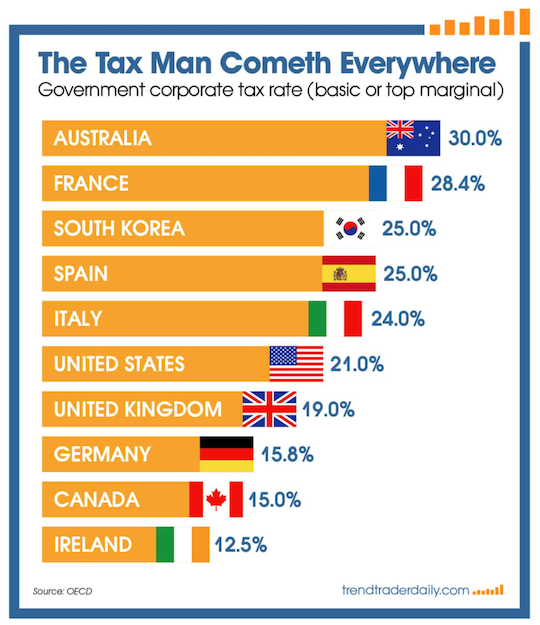 Forget news that Jeff Bezos will be the first public tech billionaire to leave the stratosphere. Semiconductor demand already beat him to it!

Per Bespoke Investment Group, “As far as end demand for semis goes, we’re in record territory, fueled by strong demand for personal electronics and autos as well as the deepening of semis products that are included in a wide range of products.” 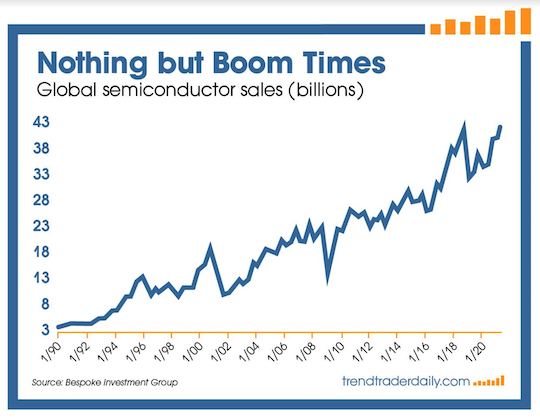 Of course, I’ve been banging the bullish semiconductor drum for over a year now, including when the pandemic first hit and a million Chicken Littles swore demand would wane.

Wrong! And more and more data keep coming in to prove it.

Getting back to space…

As I’ve shared before, a bona fide space race is on, with all the major tech companies pouring billions into the sector.

But there’s also a nasty offshoot to our extraterrestrial pursuits: a whole lot of space junk. 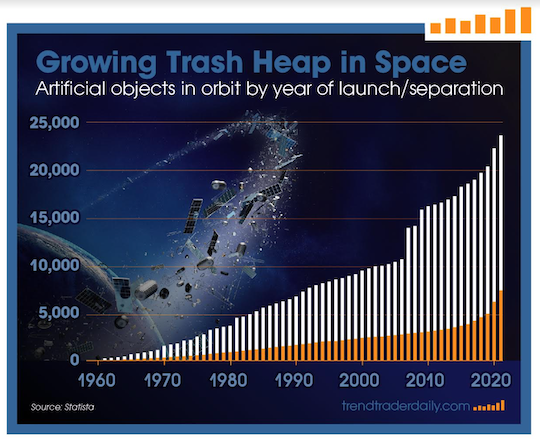 Translation: Any company that figures out how to clean up outer space promises to mint a fortune… for itself and investors.

So it’s time to be on the lookout for such opportunities. You heard it here first!

[Charts] Hate the Player, Not All the FAANG Stocks

The Top Sectors to Invest In

Why is earnings season important? Because this period can create a huge opportunity for investors and traders to take advantage of significant stock runs that occur as a result of these earnings releases. The bottom line is that you must pay attention closely to this period.

A Trading Method You Might Not Understand… But Should

Find out about a simple way of trading that removes some of the stress of intraday trading, without withholding your profit earning potential for years on end.

I’ve been reading stock quotes for decades now, but I still get surprised when a company’s stock moves differently from what the stock quote leads me to predict. That instability makes trading more fun.

How Three Flags and a Candle Can Make you Money

Bull Flags are one of the clearest and easiest patterns to spot and take advantage of. Here are three examples of what they look like, and how you can invest for the highest profits.

Surprising Lessons from This Type of Media

“How do you judge the quality and veracity of a press release?”