Several weeks ago, I alerted you to the resurgence of interest in gene therapy stocks by providing you with three compelling and undeniable data points.

Of course, not everyone is persuaded by data. Some investors need to “see” the trend before they’ll believe it and buy it.

Well, ask and ye shall receive. Because in the case of gene therapies, you can literally see the potential…

I Can See Clearly Now

Remember, gene therapy is the cutting-edge area of biotech that involves one-time treatments designed to replace faulty genes with healthy ones. By doing so, the potential exists to cure hundreds of genetic diseases including muscular dystrophy, hemophilia… and blindness!

That’s right, in the last two weeks, Paris-based GenSight Biologics reported the first partial recovery of vision for a patient with a degenerative eye disease that causes blindness, known as retinitis pigmentosa (RP).

Don’t believe it? Watch this video and you can see it: 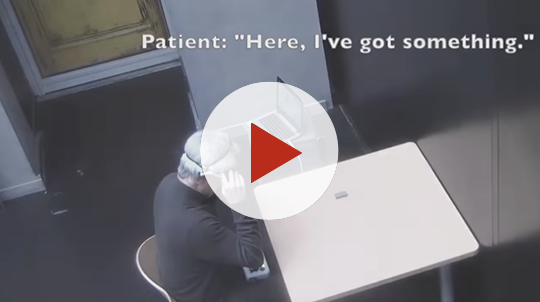 Per the write-up in Nature Medicine, the investigators said, “The patient spontaneously reported identifying crosswalks and he could count the number of white stripes. Subsequently, the patient testified to a major improvement in daily visual activities, such as detecting a plate, mug or phone, finding a piece of furniture in a room or detecting a door in a corridor.”

It’s worth noting that the restoration of vision involved two parts: administering the gene therapy via a single intravitreal injection to a patient’s worse-seeing eye, and a pair of special detecting goggles that sends pulses of light to the retina in real time, essentially amplifying the signal.

For anyone following the RP space, you might know that another disruptive company exists, Second Sight Medical Products, Inc. (EYES). This company has demonstrated an ability to restore partial vision to RP patients using special goggles, too.

But unlike GenSight, Second Sight exclusively uses a medical device. It combines a retinal or cortical implant with special goggles — so instead of trying to repair the genetic defect, it’s using technology to bypass it.

Obviously, a formerly blind patient couldn’t care less how their vision is restored.

From an investment standpoint though, a single, injectable gene therapy that corrects the underlying genetic mutation holds the potential to be safer and much more profitable.

As we all know, biotech investing is all about the data. And a single, positive patient response isn’t enough to win drug approval, or for that matter, prove that a drug or therapy works.

In GenSight’s case, the man in the video above was one of six patients enrolled in its Phase 1/2 dose escalation clinical trial, whereby the company administers increasing doses of the gene therapy.

The fact that the company witnessed a partial response so early (i.e., at such a low dose) is all the more encouraging. It bodes well for the expansion of the study into additional patients at higher doses, which is set to resume now after being put on hold because of the pandemic.

Bottom line: Keep an eye on (no pun intended) gene therapy companies like GenSight as well as others that I’ve brought to your attention, including uniQure N.V. (QURE) and REGENXBIO Inc. (RGNX).

All it takes is a few more positive patient outcomes and the sector promises to become red-hot once again — and ignite some of the market’s next high-flyers.

Personally, I’m not one to use “advanced” technical indicators in my trading. It’s simply not my style. That said, you should still know about a wide variety of trading strategies and understand those techniques, as I do, so that if you find a particular strategy you like, you’re able to add it to your trading toolbox.

Use This to Your Advantage in Your Investment Strategy

We already began looking at the different components of a stock quote: Ticker symbol… dividend yield… dividend per share… etc. I have a few more to cover with you today before talking about how you can use them as part of your investment strategy.

The Gloves are Coming Off…

I’ve been getting a lot of questions recently about boxing so I want to dedicate an entire post to explaining how it works.

Learn to Float in 5 Easy Steps

So you know about floats, but do you know how to trade them to maximize your profits? I’ll tell you how to trade a low float stock, and how to avoid letting the volatility get the best of you.

“Tim! How Do You Find Penny Stocks?” Glad You Asked…

Knowing you want to be a penny stock trader is great. Knowing how to trade penny stocks is the hard part. It’s not easy to find penny stocks that are worth trading fortunately for you, I have some tips to help out.