[Video] Did Apple Just Try to Ban Me, Too?

Dead, completely donzo — like the old school ringtone you got when your girlfriend hung up on you.

Was the world’s largest company trying to ban me, too?

And I say that only half in jest, because my Fox appearance was about Apple’s decision to let Parler (the conservative, free-speech based social media platform) back on the App store, following its ban in January.

And I didn’t have nice thoughts to share, which is a major break from the norm.

As many of you know, I’ve been an unabashed Apple fanboy even when it’s unpopular — like when Tim Cook ascended to the CEO role.

(By the way, betting on Cook was the right move, as the stock is up 866% under his leadership. So yeah, he’s no Steve Jobs. But he doesn’t need to be Steve Jobs with a track record like that. He just needs to be Tim Cook. Thank you very much.)

I’ve also bet big on Apple (and its under-the-radar suppliers and competitors) ahead of new product launches that ultimately unleash massive growth trends and triple-digit profits for investors.

Like when Apple ignited a biometric authentication boom… and a mobile payments boom… and a wireless charging boom, among others.

Why bring any of this up? It’s simple, really…

As I shared with you last week, patents are the most reliable and earliest leading indicator.

And after following Apple’s patents for years (and reviewing its latest filings), I was quickly planning to pivot on Fox this morning — from blasting Apple, to banging the table to buy its stock.

I’m convinced we’re mere weeks or months away from Apple sparking the next major consumer electronics boom. And I expect the company to provide more clues about this imminent profit opportunity during today’s new product event.

So as soon as I got home, I hopped in front of a camera to share everything I didn’t have time to share on Fox Business.

All you have to do is click on the image below to hear me mix politics with profits. Yes, it can be done without being offensive. Watch below for proof and two key investment tips. 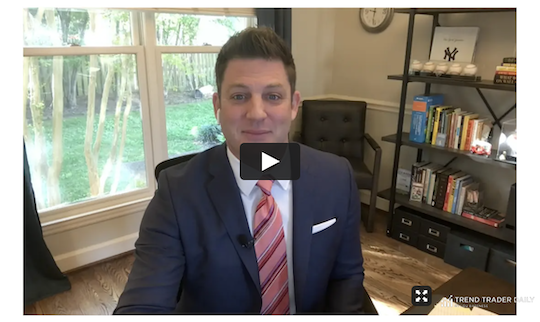 And for those of you interested in what I was able to say on television today, you can check out the abbreviated segment here.

Whatever you do, keep an eye on your inbox in the coming weeks for more on this developing profit opportunity.

Call It a (Biotech) Comeback!

Have you ever gotten stuck in a trade with no way out? That’s because you’re ignoring this one CRUCIAL indicator before you buy.

5 Things You Need to Keep Track of

I know we’ve been talking a bit about trading journals and how they are an essential tool to fine-tuning your strategy and learning about yourself as a trader. I’ve got five more things that you need to be paying attention to when you start recording…

The New Age of Stock Trading is Here! Are You Prepared?

Gone are the days when you had to pick up the paper in the morning to research a stock, and call your broker to place a trade. Now most trading is done online, or even on your phone. There are a lot of options for different apps you can use to do your trading but which one is best? Are they secure? I’ll tell you the best apps out there to protect your information, and get you trading in the modern era.

Here’s How The Financial “Reset” Happens

Stansberry Research cryptocurrency expert, Eric Wade believes crypto is quickly decimating banks - and the time to embrace change is now. ”The path from here to there will be rocky, but it will mint an entirely new class of millionaires – and likely billionaires, too.”