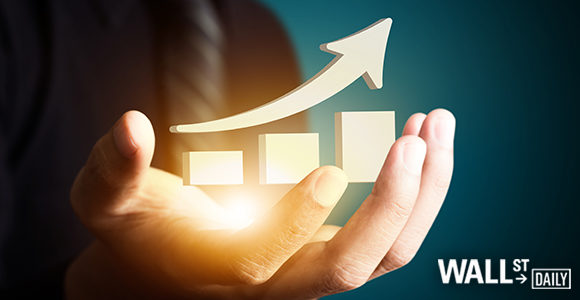 When I was in high school from 1999-2002, my parents gave me the $12,415 dollars I’d earned in bar mitzvah gift money to play around with. They thought I’d lose it all, but instead, I spent hours in the computer lab, learning how to trade.

I started with mutual funds and other more traditional types of investments, but when I realized that the best I’d ever earn was 8-20% a year in returns, I knew there had to be something better out there.

That led me to the world of pennystocking. I made some good calls and some bad ones, but the most important thing was that I learned how to read charts and track companies to find the patterns I knew I could trade in order to turn a profit.

Instead of going the traditional college route, I found myself skipping classes to trade penny stocks and launch my hedge fund, which was the #1 ranked short bias fund by Barclay for 3 years before I realized that my trading strategy wasn’t very scalable. I tried to take advantage of longer-term trading strategies and my fund lost 35% in the process.

Despite feeling pretty embarrassed about my situation, I had still turned my initial $12,415 dollars into $1.65 million dollars by my college graduation. I agreed to make an appearance on the documentary, “Wall Street Warriors,” where I wound up starring in 5 of the 6 episodes of the first season, although I was growing increasingly frustrated that the restricted hedge fund industry prevented me from answering any of the questions I was receiving about my trading strategies.

In 2006, I said “screw it” and wrote a book detailing my experiences, called “An American Hedge Fund”. I decided to take things even further by launching a publishing company and a blog that would detail my trading activities and give me a way to launch my brutally honest financial newsletters and instructional DVDs.

Since launching my first blog, I’ve published thousands of posts (8,000+ at last count) and demonstrate EXACTLY how I’ve taken my latest brokerage account to $213,026 and counting—a gain of more than 1,500%.

I’ve been ranked the #1 trader out of 60,000+ investors on Covestor, and I’ve been featured on CNN Money, Fox & Friends, and pretty much every major business and financial news outlet out there.

In my spare time, I love to travel. I’ve been to more than 100 countries so far and had the chance to hang out with some of the world’s most interesting and most successful people. You can follow me on Instagram and Youtube, where you’ll get even more of an insider look into the millionaire lifestyle provided by his trading system.

My other big passion is teaching. So far, I have over 5,000 students in more than 70 countries, and they’re doing amazing things. More than four dozen of my students are currently earning six figures a year, and two of them have gone on to become millionaires for scratch. These students learn from newsletters, videos and all the free information that you will find in these daily emails.

P.S. I don’t just talk the talk when it comes to trading. I walk the walk as well – and teach my students to get rich by doing the same. I’m happy that you’re coming along for the ride.

Be sure and open tomorrow’s email. I’m going to share the secret to 1,500% returns.

The Power of the Short Squeeze

If yesterday wasn’t enough of a warning against shorting stocks check out these real life examples.

So you’ve got your broker account open? Your charting software and news feed ready to go? Here are a few tips on choosing penny pot stock.

This question comes up pretty often: “Hey Tim, what are the top times to trade?” or “When do you like to trade?”

Don’t Make Another Trade Until You’ve Read This…

How can you become a good day trader? Let’s put it all together into a nice, workable plan. Keep in mind, before you make a single trade you have some studying to do. But this will help you along the way.

Step one of being a successful trade is NOT blowing up… Here are 8 ways to make sure your account never goes “poof”... Read them closely, then promise me you’ll be a safe trader...

The Market: Summer Is Coming Edition

The lesson: it’s not just about how the stock will do in the long run. It’s good to remember former runners, spiking on big volume, with a seemingly solid catalyst. In other words, can it spike in the short-term based on what’s happening?

The Good, Bad and Neutral of Penny Stocks…

"Penny stock trading is not necessarily high risk because you’re not in a stock for very long..."